The Office of External Affairs and Senior Counsel to the President serves as liaison with federal, state and local officials, and the community at large and provides executive and administrative direction for the College’s legal affairs, and leadership for the development, support, and execution of Presidential priorities.

The Vice President plans and directs the College’s policies and objectives for government and local community relations. The Office of External Affairs monitors federal, state, and local legislation that could impact college operations; represents and promotes the College; and facilitates collaborative relationships with a variety of external stakeholders. 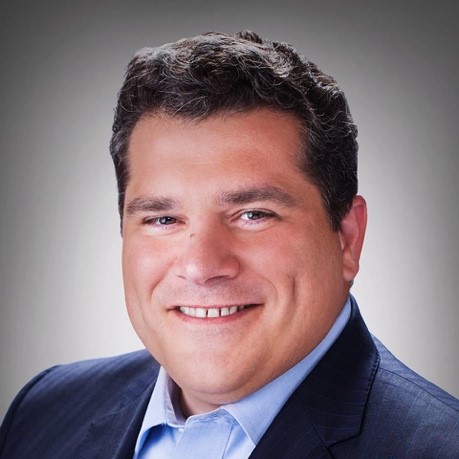 Nicholas A. Chiaravalloti served as an Assemblyman from the 31st Legislative District from 2016 to 2022. The 31st Legislative District covers all of Bayonne and most of Jersey City rising to the leadership position of Majority Whip. Nicholas was a leading voice on transportation, education and social justice issues before retiring from elected office and remains committed to great equity in our society.

Nicholas is a life-long resident of Hudson County, and was born and raised in the City of Bayonne. He and his wife, Nancy Donofrio, are raising their three sons – AJ, Nico, and Joshua in Bayonne along with their two Labrador dogs, Divi and Zion.

Like many of the residents of Hudson County, Nicholas’ parents immigrated to the United States in order to pursue their American Dream. In 2017, Nicholas received a Doctorate in Education from St. Peter’s University. He earned his Juris Doctorate from the Rutgers-Newark School of Law, becoming a member of the New Jersey Bar in 1998, and received a BA in History from The Catholic University of America. Currently he serves as the Vice President for External Affairs and Special Counsel to the President for Hudson County Community College.

Previously, he worked at Saint Peter’s University as the Fr. John Corridan Fellow, Associate Vice President for Community Engagement, and as the Executive Director of the Guarini Institute for Government and Leadership. He has also served as the State Director for United States Senator Robert Menendez. In this role, he oversaw operations to provide constituent services to citizens, directed policy and programmatic initiatives, and served as a liaison to the Office of the Governor, members of the NJ congressional delegation, state lawmakers, mayors, and a variety of non-profits and state agencies. Nicholas began his career in local government.

He led the team that successfully negotiated the delivery and transfer of the Military Ocean Terminal (MOT) to the City. He worked for the City of Bayonne as Director of Policy and Planning, and for the Bayonne Local Redevelopment Authority as Executive Director.