Hudson County Community College is a community of scholars whose ideals of freedom of inquiry, freedom of thought, freedom of expression, and freedom of the individual are sustained.  The College is committed to preserving the exercise of any right guaranteed to the individuals by the United States Constitution.  However, the practice and preservation of these freedoms and rights require respect for all rights in the Hudson County Community College community to enjoy them to the same extent. It is clear that in a community of learning, willful disruption of the educational process, destruction of property, and interference with the orderly operation of the College or with the rights of other members of the College cannot be tolerated.  Within the framework of this commitment, the College grants certain rights to and requires specific responsibilities from each student in the educational community.

The rights listed in this document shall not be construed to deny or lessen other fundamental constitutional guarantees.

All students shall enjoy the same fundamental rights and shall be bound by the same responsibility to respect the rights of others.

Students enrolling in the College assume an obligation to conduct themselves in a manner compatible with the College’s function as an educational institution.  To fulfill its functions of imparting and gaining knowledge, the College retains the power to maintain order within the College and exclude those disruptive to the educational process.

PHILOSOPHY
Individuals assume certain responsibilities for upholding and maintaining the standards and expectations of the community to which they belong.  The College expects students to comply with civil laws as well as with College regulations.

Student conduct that violates these laws and regulations may result in College disciplinary action.  The judicial process is based on the assumption that disciplinary procedures, when required, should be an educational process.

Disciplinary sanctions are imposed to help students develop individual responsibility and encourage self-discipline, to foster a respect for the rights of others, and to protect the rights, freedoms and safety of members of the campus community.

The purposes of the judicial process are to provide a fair, educational process for accountability of student conduct; to promote the development of individual integrity; to protect the rights of members of the College community; and to uphold the nonacademic rules and regulations of the College.

PROCEDURAL REQUIREMENTS: COMPLAINT AND INITIAL INVESTIGATION
Complaints for alleged violations of the code of conduct may be filed against any student by any member of the College community. The complaint shall be a brief, written statement, citing the provisions of the code allegedly violated and providing a summary of the facts deemed to constitute a violation.

RIGHT TO A HEARING
The accused student shall be entitled to an expeditious hearing of the case.  In hearings involving more than one accused student, the Case Manager, in his or her discretion, may permit the hearings concerning each student to be conducted separately.

NOTICE AND RESPONSE
All charges shall be presented to the accused student in written form.  The right to written notice of the charges will be delivered no less than 72 hours before the hearing, except when faced with the end of a semester.  In such cases, the student may waive his or her right to 72 hours’ notification in order to expedite the timely conclusion of a pending hearing.  All written notices will be mailed to the address of the student as it appears on the official College records. Students are responsible for keeping the office of Enrollment Services informed of a current address.

INFORMAL HEARING
In some cases of student misconduct, a formal hearing may not be necessary.  This is most often true when the student admits responsibility and the violation is of a less serious nature.  In this case, the student attends an informal hearing with the Case Manager to discuss the incident, the student’s involvement in it, and any steps that must be taken or sanction imposed to resolve the matter.  This meeting will be followed by an official letter summarizing this discussion.  The letter becomes a part of a student’s judicial file.  Informal actions are not subject to appeal.

JUDICIAL BOARD
In cases where the alleged violation is of such nature that, in the opinion of the case manager, a sanction of suspension or expulsion could be imposed, the matter will be referred to the Judicial Board. This authority and responsibility remains with the case manager, who is kept informed of all proceedings and reviews the determination and recommendations on sanctions. Some matters, such as cases involving student sexual misconduct may be referred to other College forums or offices.

Structure of the Judicial Board

Members of the Judicial Board must disqualify themselves from hearing cases arising out of matters directly relating to them or concerning persons about whom they are unduly prejudiced.

EVIDENCE, TESTIMONY AND WITNESSES
The hearing shall be of an informal nature and need not adhere to formal rules of procedure or technical rules of evidence followed by courts of law.

The student shall be entitled to ask questions of the judicial body or any witnesses.

RIGHT TO AN ADVISOR
Students may be assisted at hearings by an advisor. The advisor cannot speak for the accused student; the advisor can only advise the student. Students must notify the case manager if they intend to bring an advisor, and must provide the advisor’s name 24 hours in advance of the hearing.

PRIVACY AND RECORDS OF THE PROCEEDINGS
Hearings shall be held in private to protect the confidential nature of the proceedings. There shall be a record, such as a tape recording, of all hearings. The record shall be the property of the College.

THE DECISION
The student shall be advised in writing of the adjudicating body’s decision and method of appeal within five school days of the final hearing.

SANCTIONS
Any student found responsible for violating any of the regulations or policies of Hudson County Community College may be subject to one or more of the following sanctions:

EMERGENCY SUSPENSION
If a student’s actions pose an immediate threat or danger to any member of the College, the Assistant Dean of Student Services (in consultation with the Dean of Student Services and/or Senior Vice President for North Hudson Campus & Student and Educational Services may immediately suspend or alter the rights of a student pending a Judicial Board hearing.  Scheduling the hearing shall not preclude resolution of the matter through mediation or any other dispute resolution process. The decision will be based on whether the continued presence of the student on the College campus reasonably poses a threat to the physical or emotional well-being of any individual, including the student, or for reasons relating to the safety and welfare of any College property, or any College function.

On appeal, the original decisions, including sanctions, may be sustained, reversed, or modified.  The matter may also be returned to the Conduct Board for reconsideration and further findings of fact or determinations.  It is within the discretion of the person handling the appeal to refer the matter to another appropriate College body.  Decisions on appeal generally will be released within 21 business days of receipt of the appeal. Decisions on appeal are final.

Academic integrity is central to the pursuit of education. For students at HCCC, this means maintaining the highest ethical standards in completing their academic work. In doing so, students earn college credits by their honest efforts. When they are awarded a certificate or degree, they have attained a goal representing genuine achievement and can reflect with pride on their accomplishment. This is what gives college education its essential value.

Violations of the principle of academic integrity include:

Violations of Academic Integrity
When students act dishonestly in meeting their course requirements, they lower the value of education for all students. Students who violate the College’s policy on academic integrity are subject to failing grades on exams or projects, or for the entire course.  In some cases, serious or repeated instances of academic integrity violations may warrant further disciplinary action.

ADVERTISING AND NOTICES
ALL Posters and Notices placed on Student Activities Bulletin Boards must be brought to the Office of Student Activities for approval. Once approved, the flyer or poster may be placed only in designated areas. Posting in spaces other than those designated (bulletin boards) is prohibited. No posters are allowed on doors, windows, walls, bathrooms, etc. No notices regarding sale of personal items or services will be approved. This means no book sales, baby-sitting services, or any other outside for-profit organization will be approved for posting.

FAMILY EDUCATIONAL RIGHTS AND PRIVACY ACT (FERPA)
Student records are protected in accordance with the Family Educational Rights and Privacy Act of 1974 as amended (FERPA). Student academic records are maintained in the Registrar’s Office. They may be viewed by College officials who have a legitimate educational interest, and by others as authorized by law. In order to protect a student’s privacy, student grades and other non-directory information will be released only to the student, and not to family members without written release. For their protection, the student will be required to present valid identification when they request any information relating to their record. For more information, contact the Registrar’s Office at (201) 360-4121.

Student Records Policy:
Student records are protected in accordance with the Family Educational Rights and Privacy Act of 1974 as amended (FERPA). Student records will only be released upon written authorization from the student. Under FERPA, Hudson County Community College may release “directory information” without prior consent of the student.  Directory information may include: name, address, telephone listing, electronic mail address, date and place of birth, photographs, field of study, enrollment status  (full-/part-time), degrees and awards given, dates of attendance, most recent previous school attended, and grade level.  A student who wishes to prevent the disclosure of directory information must submit a written request to the Registrar’s Office no later than the tenth day of the start of each semester. FERPA is applicable to high school students taking courses with HCCC.

The Family Educational Rights and Privacy Act (FERPA) afford eligible students certain rights with respect to their education records.  (An “eligible student” under FERPA is a student who is 18 years of age or older or who attends a postsecondary institution.)  These rights include:

GRIEVANCE PROCEDURES
Under present student grievance procedures, students are free to take their concerns to a variety of College and/or student groups to be heard, but certain steps should be followed:

The Student Government Association often serves as an appropriate vehicle for airing student complaints in the first instance, particularly if such complaints affect a significant portion of the student population. The listing above indicates examples of student grievance procedures. Students are invited to look upon the Student Services Office as a resource for any concern they may have about their enrollment at HCCC. None of the above procedures, or any regulations cited in the Student Handbook, impedes (precludes) students’ right to seek recourse through the public or civil courts. Students enjoy the same freedom of speech, peaceful assembly, and the right to petition that any other citizens enjoy, and as members of the College community, they also are subject to the same duties society places on others. 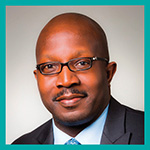 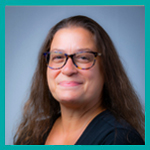